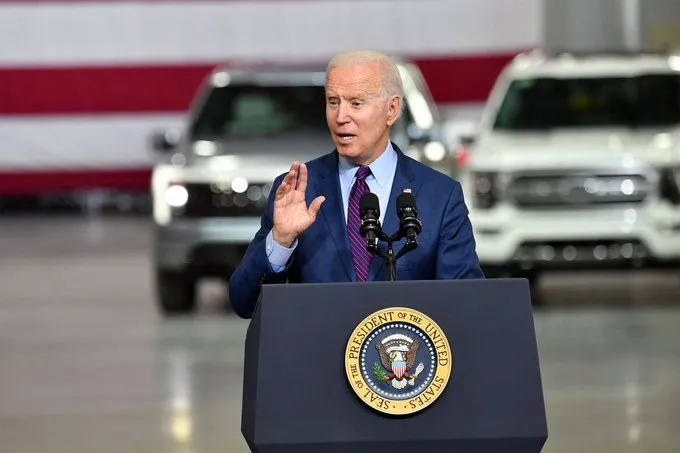 The Biden administration wants to give consumers rebates for purchasing electric vehicles to help the U.S. compete against China in manufacturing the next generation of automobiles, White House Climate Advisor Gina McCarthy said.

President Joe Biden is “looking to invest more than $170 billion and he’s going to build out the electric charging stations that we need for consumers to buy these vehicles and feel confident that they can get where they want to go and back again,” McCarthy said in an interview on Bloomberg Television’s “Bloomberg Technology.”

“He’s looking at actually providing consumer rebates at the point of sale,” she said.

As part of his multitrillion-dollar infrastructure package, Biden has asked Congress to help pay for 500,000 electric vehicle charging stations and provide consumers with rebates for their electric car purchases.

Motorists already have some financial incentive to forgo conventional gas-powered cars for electric models. An existing tax credit is valued at as much as $7,500 for the purchase of an electric vehicle, though Tesla Inc. and General Motors Co. have already passed a 200,000-per-manufacturer ceiling at which the value of those credits phases down.

Biden touted his $174 billion plan to transform the automobile industry during a visit to a Ford Motor Co. plant in Michigan on Tuesday, complete with a test drive of the company’s new all-electric F-150 Lightning pickup truck.

McCarthy cast Biden’s auto plans as necessary to compete against China in building electric vehicles that she said “are the future.”

“The president is concerned that China is far ahead of us in the electric vehicle market,” McCarthy said. “Instead of producing the technologies of the future, we are importing them from somewhere else.”