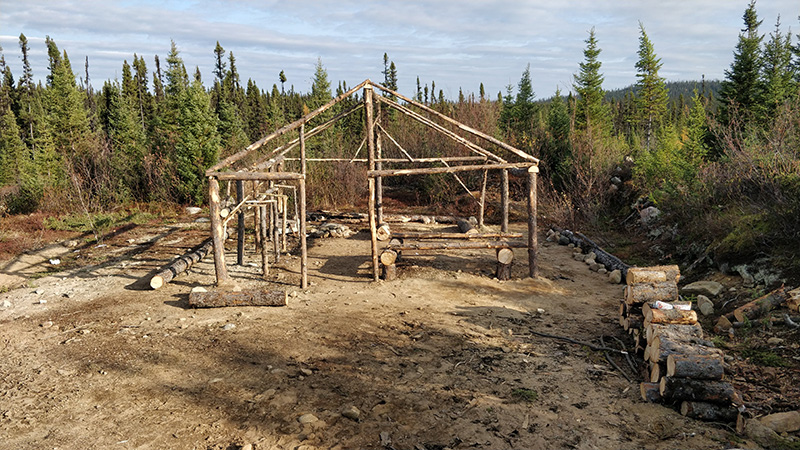 NEWS RELEASE – Montréal, Québec. December 3rd, 2021. E-Power Resources Inc. (“E-Power” or the “Company”) is pleased to announce that is has acquired 37 claim units adjacent to the Turgeon property located in the Abitibi region, western Québec.

E-Power has recently received the results of the airborne magnetic and electromagnetic survey flown over the property in late September and early October. Based on the survey results, the Company has extended the property to the southeast through the staking of an additional 37 claims covering approximately 2,060 hectares. The Turgeon property now consists of a total of 331 claims over approximately 18,366 hectares. The Company is in the process of evaluating and interpretating the results of the airborne survey, along with previously compiled historical exploration datasets, with the objective targetting and exploration program planning.

About the Turgeon Property
Located in the Abitibi region of western Québec adjacent to the Ontario border, the Turgeon property consists of 331 claim units totalling 18,366 hectares. The property is located within the prolific Abitibi gold and base metal mining district of Québec and Ontario which has produced in excess of 200 million (“M”) ounces (“oz”) of gold and 775 M tonnes of base metal sulphide. Current and past producing mines in the area of the Turgeon property include the Detour Lake Gold Mine located approximately 25 km to the northwest, the Casa Berardi Gold Mine located approximately 10 km to the south, and the Selbaie Mine located approximately 30 km to the east. The Detour Lake Mine has annual production on the order of 600,000 ounces Au and proven and probable reserves of 15.4 million ounces Au. The Casa Berardi Gold Mine has produced greater than 2 million oz Au, has annual production of approximately 125,000 oz Au, proven and probable reserves totalling approximately 1.5 M oz Au, and measured and indicated resources of approximately 1.2 M oz Au. The past producing Sebaie base metal mine produced approximately 53 M tonnes of ore at average grades of 1% Cu, 2% Zn, and 0.6 g/t Au. Turgeon is an early stage exploration property being evaluated by E-Power primarily for its copper-zinc and gold potential. Targetting graphite mineralization, the Company completed a short diamond drill program in April 2019 that resulted in an intersection of 9.65 % Cg (carbon as graphite) over an intersection length of 42 metres (“m”) which included a high-grade section of of 21.62 % Cg over 8.80 m. The Company has recently completed a high resolution magntic and electromagnetic survey over the property.